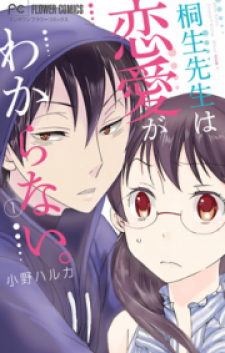 32-year-old Futaba Kiryu is a manga artist that writes for a weekly shounen magazine. Her latest ongoing manga is a romantic comedy, “Bocchi no Ore kara Riaju no Omaera ni Ittoku” (A Loner Like Me’s Got a Lot to Say about You Normies out There) or “Bottoku” for short. It is a best-seller and has an anime adaption on the works. But the truth is, she’s completely clueless about romance. The days go on as she continues on working on her manga with her manga assistants, but soon, one of her assistants, Hiro Asakura (she dubs him as “Assassin” because of his cold and intimidating demeanor), and the anime scriptwriter for the “Bottoku” anime, Kitamura Kyosuke (social media dubs him “The Tactician” for his notoriously clever execution in the anime he’s worked in) grow an interest in her and eventually make a move on her. How will Futaba fare in this love triangle when her knowledge of romance is next to nothing?

Filiarose – The Crown of Thorns Prophecy