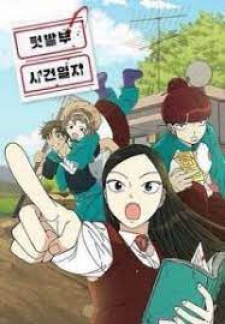 Gardening and solving crime aren’t what straight-A student Yeon Han thought she would be focusing on at her new school. But when she discovers a notebook that contains clues to a 15-year-old murder mystery, she and the other members of her new gardening club realize the murderer not only has access to the school — they probably work for the school. Can the gardening club squad figure out who committed the murder even though the principal and their teachers seem desperate to cover it up?