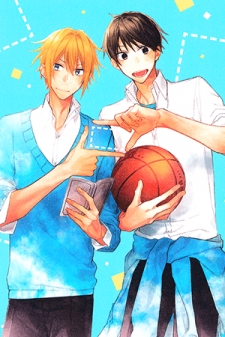 Hirano, a second-year in high school, lives in a dormitory on his campus and has recently become roommates with Kagiura, a first year. Kagiura is a hard-working student on the basketball team, though he does have difficulty getting up in the morning, leaving Hirano to be his support system in that regard. They get along great, and Hirano is very fond of his earnest, straight-forward roommate. What he doesn’t know? Kagiura is pretty much head over heels in love with him.Note: Set about six months after the events in the novel.

The Predatory Marriage Between The King And The Paladin