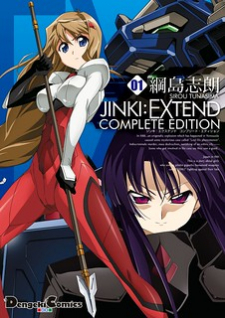 In 1988 an enigmatic explosion which has happened in Venezuela caused some mysterious case called “Lost Life Phenomenon”. Indiscriminate murder, mass destruction, vanishing of an entire city… Some who got involved in the case say they saw a giant… Fast forward to 1991 in Japan. This is a story about girls who end up piloting gigantic humanoid weapons called “JINKI” fighting against their fate. This manga started out in 2002 and had 9 volumes published, the “Complete Edition” came out in 2011 and had 3 ‘large’ volumes instead, JUM will be doing the latter.

I randomly have a new career every week