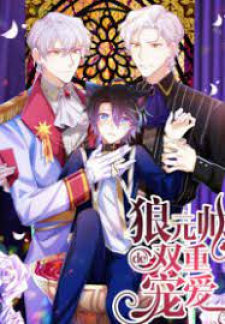 Ryan is the illegitimate son of the Prime Minister of the Blue Moon Empire, with a prominent background. But he was not favored and was always abused by his half-brothers all the year round. He ran away at his brother’s birthday party, but unfortunately he was captured by traffickers and turned into an auction item in an underground trading place. By coincidence, Ryan was bought by the Star Alliance Marshal Austin. In a foreign country, he met his mother’s blood servant and gradually revealed the mystery of his life experience. With the development of the story, the blood clan that has been silent for a century also reappeared, starting a new round of war between the orcs and the blood clan. 狼元帅的双重宠爱: Special Favors

Living As The Emperor’s Fiancé