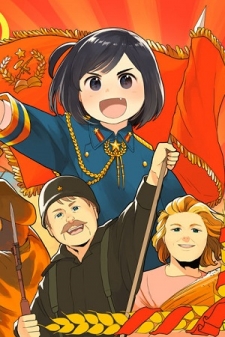 The Socialist Republic of Coldona. A socialist nation that broke all diplomatic relations with other countries, asserting its tough stance. But the tough leader of the nation suddenly died. Following its hereditary succession system, a new leader was born in the nation of Coldona… a 9-year-old girl, Myao Chobirov! Can the world’s most carefree leader of a nation lead the world into a new age of peace? The slapstick political drama of the dictator girl!!!!

Love, Which Makes Us One