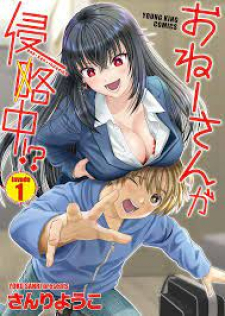 Toono Ao failed to get into college and became a ronin, studying for next years exams instead. To better study for them, Ao moved out to live on his own into an apartment near his cram school. It’s not much, but it’s a place to call his own. But not long after moving in, a drunken lady finds her way into his new home! It doesn’t matter how hard he tries, she just continues to make herself at home and take advantage of him. This is not okay! …Or is it? His humble castle is no longer his own. Onee-san is invading!