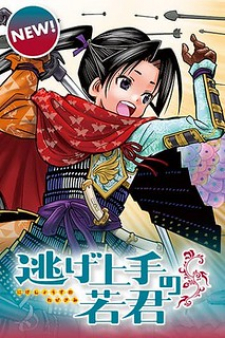 Set in feudal Japan in between the Kamakura and Muromachi periods, our hero Hojo Takatoki is a boy on the run that history all but forgot! When the Kamakura shogunate is overthrown by Ashikaga Takauji, Takatoki’s family and standing are visciously taken away from him, and he must flee to the far reaches of the land to survive and seek out his revenge!

My Apprentices are all Female Devils