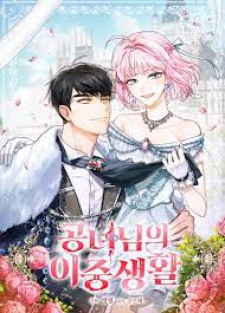 A master of disguise, master of escape. The genius swindler ‘Viper’, a death rower who turned over the empire, was approached by the tyrant of the battlefield, Grand Duke Hessen, one day. “Hey, you’re gonna have to help me out a little.” “How can I help you?” “I’m going to try to go against the Emperor.” “….what?” “….well?” The Imperial Shame, Mad Dog of the North, Tyrant of the Battlefield. When even his brain is made of muscles, what can possibly be done? “You must find a way to make me emperor. Otherwise, it’s just death.” Caught by her eagerness to survive, it all rely on the likelihood of succeeding this extreme survival mission! Let’s turn this royal bastard into an emperor! You know…we’re working, not dating, right? “Do you hear that? My heart is beating like a crazy bastard when I’m with you. It’s a poisonous side effect, isn’t it?” “……” “And when I see you, this crazy wrist also flinches. I think it wants to touch you like this.” Rexid’s hand on her back shook. I felt his fist clenched. “In case you misunderstand, I am telling you, I don’t mean to want to grope you.” “Ah, yes.” [Taken from NovelUpdates]

Growing Tired of the Lazy High Elf Life After 120 Years

Princess And Her Ancient Vine